I was just having a conversation with Chris in which he had brought up this pattern in society that we’ve been paying attention to lately that is a massive speeding up of everything. Social media posts shorten to 140 characters, music speeds up, movies are action-action-action and little plot. The entire world is losing its attention span due to the massive ability to force feed ourselves information. Anyways, Chris was talking about how he sees it as a cycle coming to a self-destructive peak implosion point at which everyone will overload themselves and return to slower, longer thought length topics and activities. An idea currently vanguarded by the hipster movement and the return to retro. This entire conversation, however, led me to think about:

Why do we even need to learn history?

When I was just a little kidlet in elementary school, wandering about the complex ways of fourth grade, a question would often pop up, “Mrs. Teacher-Lady, why are we even learning history? It already happened didn’t it?” Often Mrs. Teacher-Lady’s response would be that History often repeats itself and so you need to learn it so that the holocaust doesn’t happen again. WHAT a BUNCH of MALARKEY! Forever I have found this answer to be extremely unsatisfying, and also, how in the world am I personally going to stop an entire holocaust!? Or was my teacher making a low insult, inferring that us barbarous little kidlets were going to grow up to become the next Hitler without the precious lessons history would teach us? History needs to repeat itself anyways! That’s just the way people work. You grow up. As a teenager you hate the way your parents do things, and so you go do the exact opposite. Then you figure out some middle ground as a baseline of operations for your life. And then your kids grow up doing the exact same until an extreme is reached and their kids swing back the opposite direction. I understand that that was an extreme example, but the point still stands, history repeats itself is not a satisfying answer.

After growing up and realising that my fourth grade history teacher probably didn’t give a flying care about anything history related anyways, and had probably just said whatever she’d heard before in order to shut that annoying kids mouth up; I came to my own conclusion on why we study history, and an answer that will actually satisfy the intense curiosity of a child’s mind.

You know all of those problems that pop up in life that you have no clue how to solve? You like a girl but she doesn’t like you back. You really want that promotion but that dang Mr. Jones is in your way. You just feel really down and want to learn how to calm your mind. There’s an enemy army approaching, but you only have a third of the men they do. History has the answer! Any problem dealing with people that you can ever imagine has happened to somebody before, and guess what; they already solved it! Huzzah! All of the answers to how to fix your life are written down somewhere by somebody that already did it! And so when your kid asks you that dreadful question of why do we care about dead men; tell them we study dead men so that we can better move past our own problems and maybe, just maybe be able solve a new one. 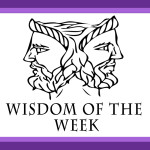 Get a discount code to buy the paperback version of our founder’s book for just the cost of printing and shipping by signing up below.

*By signing up for our email list, know that we won’t bombard you with annoying emails that you have to constantly clear out of your inbox. We only send out a weekly update email and the occasional community update.